I made this to solve a challenge while interviewing for a security IT company, here is a short writeup:

The task of the project was about finding an obfuscated app on the play store, modifying it such that it would notify another app whenever it was opened.

I did not really have a quick way to check wheter an app on the play store was obfuscated or not, so I decided to choose an app that I knew for sure had at least some kind of obfuscation, and that app is Whatsapp Messenger.

The apk for “Whatsapp Messenger” I got is version 2.20.123, x86 architecture (because that’s the architecture of the emulator I am currently running)

I started by decompiling the apk down to the smali code using apktool:

Then, I started inspecting the decompiled smali. Unfortunately, Whatsapp is not a small app by any means, with more than 13k smali classes:

Furthermore, as you may see from the screenshot below, many of the classes and methods names were obfuscated. Some were implemented in native libraries, too. 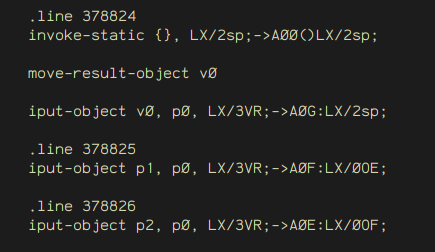 It was not easy for me to find a good spot to inject code in. Ideally, I would have needed a function that would be executed every time the app is opened, but the mangled names were making this difficult.

For some time I tried tracing all the functions executed by Whatsapp by installing frida-server on the emulator and starting Whatsapp with frida-trace, but I did not get very far with that.

After a while though I realized that not all methods can be obfuscated, as there are some which are required to have a special name by Java or Android, such as toString(), constructor(), etc. So, I started looking for methods like this that could indicate the start of an Activity, and soon I found out that onCreate() was not obfuscated too!

I found out about com/whatsapp/Main.smali, and decided to test if that was a suitable spot for injection. I am not comfortable in smali, so I decided to look online and found out on a stackoverflow question that the best way was to display a Toast with the following smali:

I inserted the code and recompiled the apk with:

I had to read about smali registers and how do they work because I kept getting crashes, but after a few small adjustments to avoid using any registers the original onCreate() was using I got it to work! 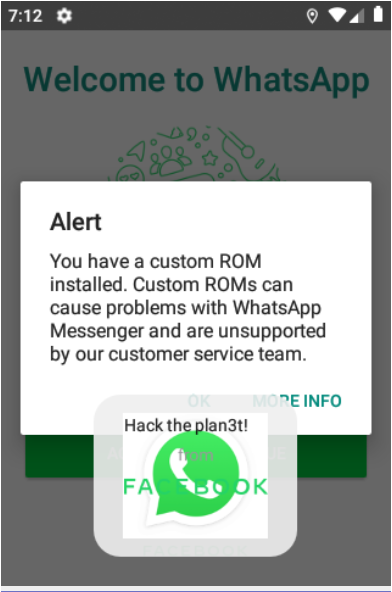 Now, I had to code the app that kept the counter. I used one of the examples from to get started and I modified it to display a simple TextView.

I then studied a bit about available IPC methods in Android, and decided that the fastest one to implement was a BroadcastReceiver that listens on Intents from Whatsapp.

Here is the code of the app that I properly named Whatsapp Stalker:

The app is really spartan, but it does its job.

Now I had to come up with the smali code to send an intent to the Whatsapp Stalker. Again, I am not very knowleadgeable on smali, and I really wanted to get it to work without too much trial and error, so I decided to cheat a little bit: I just wrote the normal Java code to send an intent in an empty app, then compiled it, decompiled my own app with apktool, and just copy pasted the relevant smali code:

I know this is not the most elegant solution, but it works!

I just had to adjust some register names and package paths, but in the end I got what I wanted: 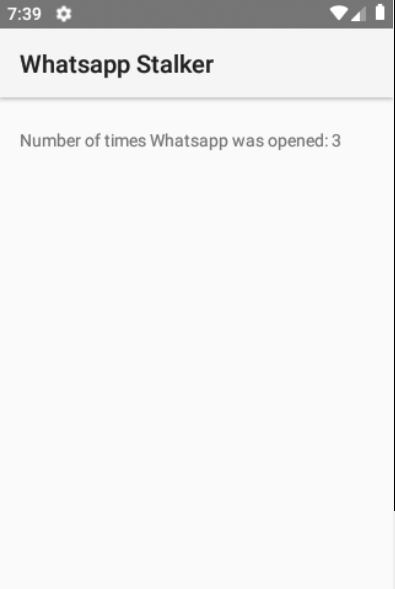 Since I was already very late with the submission, I did not put much effort into making the injection discreet or the receiver app fancy, I just wanted to get a proof of concept.

Some limitations of my current approach, that I could have fixed with more time:

Thanks for taking the time to read this! Luca Di Bartolomeo